In Memoriam: The 10 Most Influential Articles from RideLust.com

However, try to find the website today and you’ll see that it no longer exists. In remembrance of the site, we went out to look at some of the most influential articles it published.

Between 2006, when RideLust was first published, and 2018 when it went offline, the site published thousands of pieces. Hence, it would be impossible to summarize them all. So, we have looked at the 10 articles that attracted most attention from other websites.

To select these articles, we looked at the number of inbound links that each of them received from other webmasters. We believe that when hundreds of website editors decide to link to an article, they are attesting to its credibility.

A brief history of RideLust.com

RideLust.com started publishing in 2006. It was produced by Seawaves, a computer services company. Eventually, Brainz became a co-producer. The website featured news, reviews, pictures, and features about cars and motorcycles. It had a unique style of delivering its content, telling its readers, “We’re just as obscene as our name implies.” (Source.)

It’s not very clear what happened to RideLust.com; it simply disappeared from the internet sometime around May 2018.

The 10 most influential articles

What you will notice from the stories below is that the website used humor and satire to deal with serious topics. All the influential articles seem to have one thing in common: they have some engaging lessons that could easily be taken for granted. For instance, how many of the sins mentioned in the Top 10 Everyday Things People Do to Ruin Their Car are you guilty of?

Most people, even those who are not car enthusiasts, know Jeremy Clarkson from the BBC program, Top Gear. One of his hilarious comments in this article includes his description of the Mercedes CLS55 AMG: “It sounds like Barry White eating wasps.” (Source)

This article shows that Clarkson is not only funny; he is also controversial. He is possibly the only person who could get away with saying: “I don’t understand bus lanes. Why do poor people have to get to places quicker than I do?” (Source.)

The list in this article features slick, stylish chick-magnets such as the Lamborghini Diablo. The top-rated car in the list was the “best Ferrari ever made," the 250 GTO. This legendary car accelerates from 0-60 mph in 6.1 seconds. For a 1962 model, this is impressive.

This article looks at how traffic police officers were targeting the great North Carolina playgrounds like the Tail of the Dragon and Mulholland Drive, ostensibly to boost safety. However, the piece pours cold water on this explanation and suggests that the traffic cops are simply on a mission to issue as many traffic fines as possible to boost the coffers of the local authorities they work for.

Ask the authorities how effective red light cameras are, and they are likely to tell you that they are beneficial. This piece begs to differ. It cites some studies which have come to the conclusion that the cameras “increase crashes and injuries as drivers attempt to abruptly stop at camera intersections.”

According to the article, some U.S. districts had shortened the yellow light cycles so that drivers could be accused of infringements and fined.

5. 50 Celebrities and their Cars

Celebrities have enough money to buy any car they want. So, readers want to know which wheels their favorite stars are traveling in. Surprisingly, Leo DiCaprio drives the modest and economically-friendly Toyota Prius.

This article also features some of Jay Leno’s classics collection, including the Jaguar XK120M. The car that really stands out is George Clooney’s miniature Tango 600: an electric two-seater.

A close look at this list shows that cars featured were made famous by the movies they appeared in. A notable addition is Back to the Future’s DeLorean DMC-12. The car might not have been trendy in real life, but in the film, it was capable of time travel. 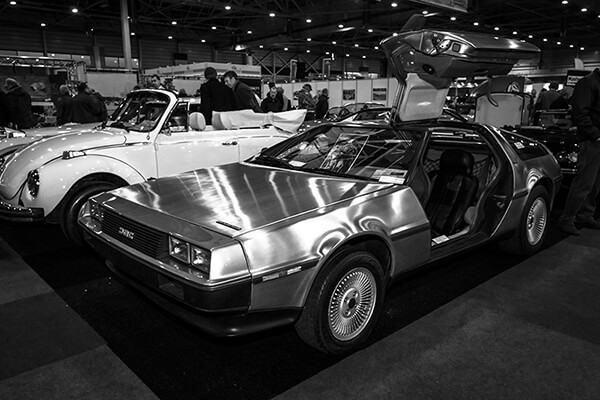 Readers may be used to stars racing on the track, but racing on ice is another story. This unique form of racing could be the reason this piece attracted so much attention. Stars like Fernando Alonso and Valentino Rossi took part.

Attempting to park a car on any typical day can be a challenge. However, the award-winning designer’s funky parking garage known, as Eureka Tower Car Park in Melbourne, Australia, featured in this article makes it a nightmare. The bold colors and messages that emerge from the parking lot as you drive in could leave even the soberest of heads spinning.

Porsche launched its sleek 911 Carrera GTS at the Paris Auto Show. Buyers could choose between convertible and coupe styles in manual or automatic. It one-upped its predecessors with 408 horsepower and a modified exhaust. According to this article, the Porsche moves from 0 to 60 mph in 4.2 seconds: the kind of stuff car enthusiasts want to hear. 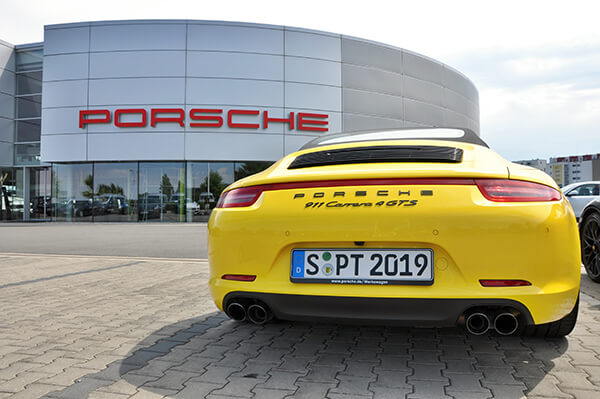 10. Top 10 Everyday Things People Do to Ruin Their Car

This hilarious article is both entertaining and informative. According to the piece, those who ignore the unusual sound their cars make can prepare for the squeaky brakes and creaking rotors which can only lead to one thing: your “own scream as you lose your brakes completely and fly off a cliff in a spectacular fireball of death.” (Source.) If this will not scare you into attending to the slightest noise your car makes, nothing else will.