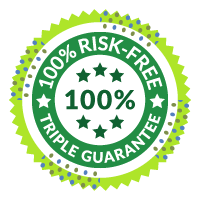 Floor mats are a significant enhancement to any vehicle since it protects your vehicle’s flooring from acquiring blemishes from normal use. When others get into your auto with nasty shoes or mud, your new floor liners will defend your factory floors. For our rubber options, all you need to do is take the floor liners out of your vehicle and wash it off. It’s as basic as that to have a sparkling new vehicle once again.

For carpet mats, all you need to do is use a handheld vacuum or just beat the mats in your driveway for a simple way to tidy your Ford. Our options are engineered to use to retain dust on the top of the mat, and not on your Ford’s flooring.

We also have unique options such as embroidered mats, if you’re wanting to add a original name to your floor mats. A lot of customers decide to stitch their name, initials, car’s nickname or other saying that has significance to them. For these options you can decide from a collection of thread colors and fonts. If you’re interested, have a peep at any of the Lloyd selections.

Floor mats are available in all colors to spruce up your vehicle, including over 50 colors from our Lloyd product line.

For weather mats, our best choices consist of WeatherTech, MAXpider and Husky Liners. These 3 high quality manufacturers have superior quality and will keep your car clean for as long as you own your vehicle. To see the selections available for your Acura, just choose your year, make and model on this page above.